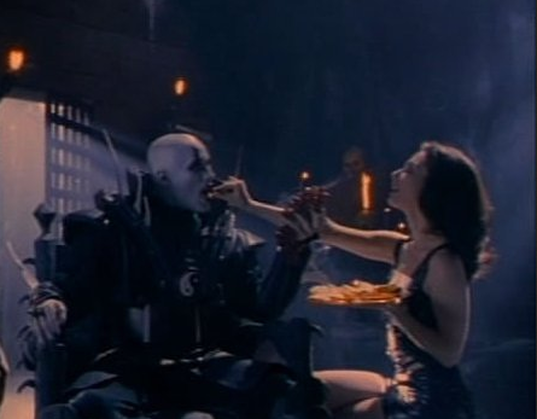 To see all of Adoni's movie and TV credits on IMDB.com (Internet Movie Database) CLICK the button below:
ADONI ON IMDB.COM
Adoni shows a wide range of acting in his ACTING DEMO REEL below.  CLICK PLAY BUTTON TO WATCH               4 min 57 sec
To see more of Adoni's acting, inspirational, athletic workout, and Ping Pong clips... CLICK on the button below:
ADONI MAROPIS CHANNEL ON YOUTUBE.COM
Click the 3 images below to watch some intense acting scenes on "24" with Fayed (Adoni) and Jack Bauer.
In 2016, Adoni was awarded Best Supporting Actor for LAZARUS RISING at the Nova Fest and also was honored with the first Maverick Award.   This is the humorous, touching, and inspirational speech that Adoni gave.
They Might Be Giants' (fun video) "I'll Be Haunting You"    Adoni plays the hero, finally, taking on the Grim Reaper in PING PONG!!!  And....