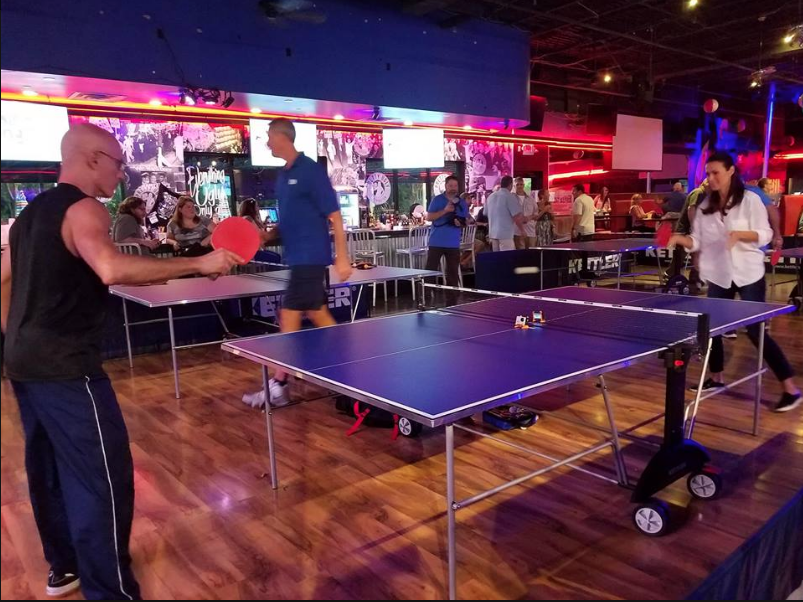 Adoni is here at Chevy's, a club in Virginia Beach, which began the 10th year of a  3 day Ping Pong Charity event  started by Ken Lees.  In the picture, Adoni is playing Ioanna Papadiimitriou (Greek ping pong champion, former Miss Greece, and super model).  All 6'11" inches of Christian Laettner (famed Duke basketball player) can be seen walking by the table.   Somewhere in the background is Kenny Dennard (another famed Duke basketball player) and Mr. Dean Johnson (Ping Pong Hall of Famer).  The five pongers gave their all doing exhibitions of this beautiful game and playing with anyone who asked.  It was an exhausting yet incredibly spiritual lifting affair for all involved.

Please check out the Ping Pong GIVES Charity Foundation.  Ken Lees' foundation raises money for people with dementia and other brain issues.  The game of Ping Pong has been proven to help people with Alzheimer's, Parkinson's, and other cognitive issues and diseases. 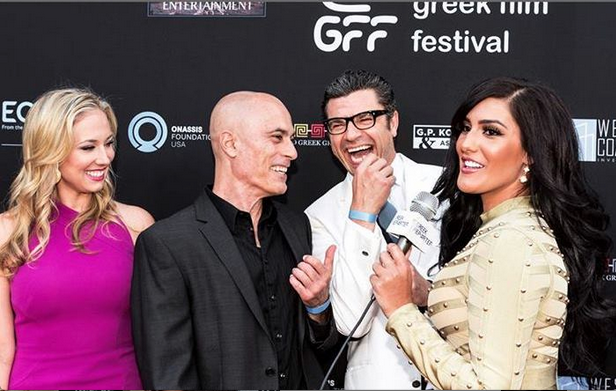 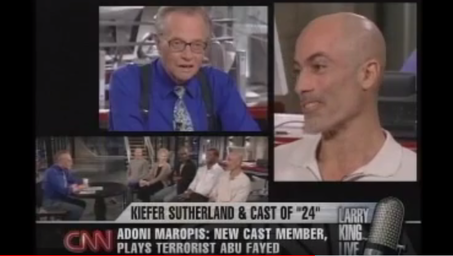 CLICK ON THE 3 IMAGES BELOW... TO WATCH PARTS OF ADONI'S INTERVIEW WITH LARRY KING
*These Clips can also be seen at the Adoni Maropis Channel on YouTube*BELOW
Adoni had the opportunity to spread love around the world on Larry King Live when he told a bit of his father's story of surviving a terrorist attack.  At the time, Adoni (10 years old) was filled with hate for the terrorists and the people of their country and heritage.  Adoni said that his father, Dr. Petro S. Maropis, did not want his son living with hate for these people.  He wanted Adoni, instead, filled with love of all people around the world.  Larry King was fascinated hearing this story from Adoni-- the man portraying the ultimate terrorist villain on Season 6 of "24."      (Read "A BRUSH WITH DEATH" written by Adoni's father, Dr. Petro S. Maropis)

"I'm so thankful and blessed that no one else in my family was at the Athens Airport on that fateful day.  I love you all so much! "     -- Adoni 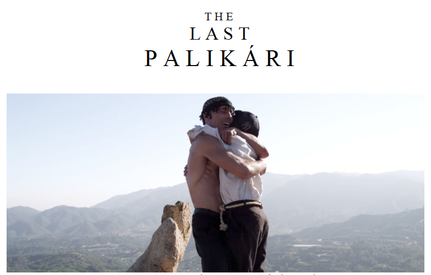 ***Me and my father's labor of love and triumph of the spirit script, "THE LAST PALIKARI," is being produced by Sarah Donnelly at Palikari Pictures. 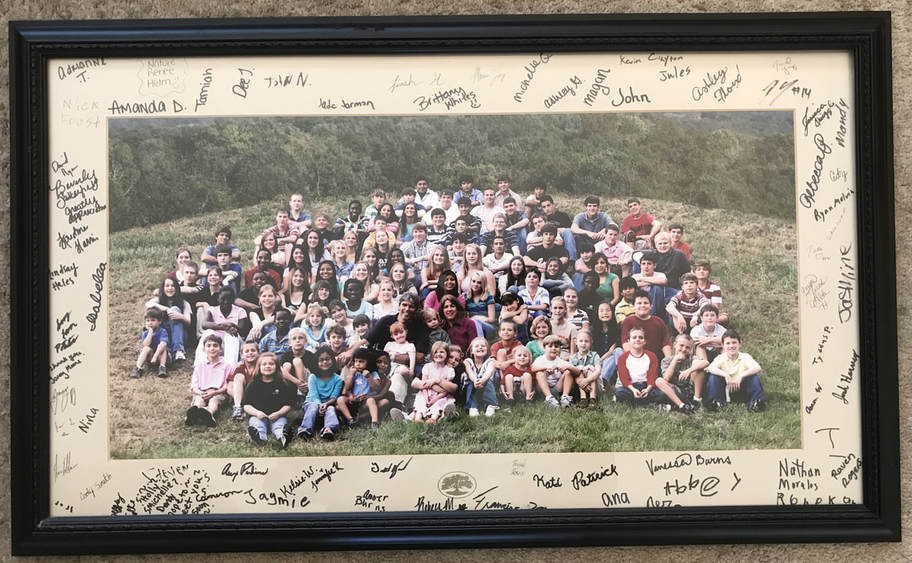 *The signed picture above... of some of the numerous children John Croyle and his wife Teresa have raised at BIG OAK RANCH... was sent to Adoni after his visit to Alabama and presenting John Croyle with a donation from FOXiTV and "24"   (SEE BIG OAK RANCH BELOW) 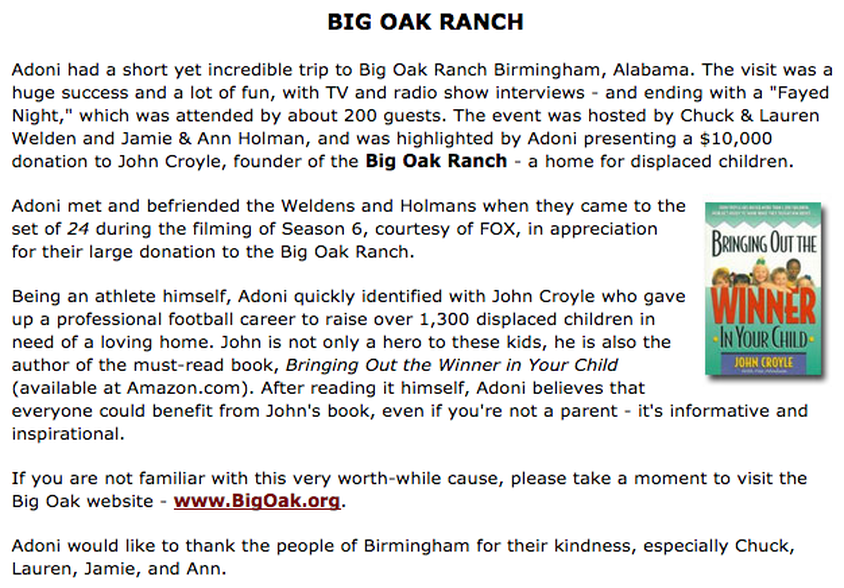 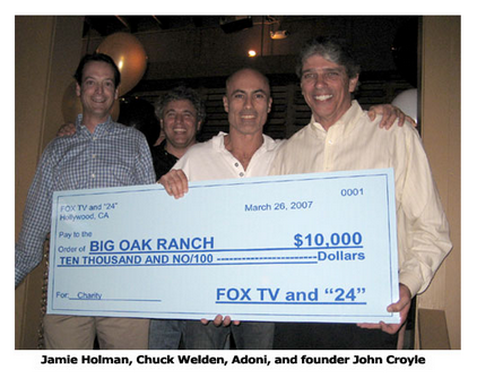